‘The word trauma is used to describe experiences or situations that are emotionally painful and distressing, and that overwhelm people’s ability to cope, leaving them powerless. Trauma has sometimes been defined in reference to circumstances that are outside the realm of normal human experience. Unfortunately, this definition doesn’t always hold true. For some groups of people, trauma can occur frequently and become part of the common human experience’.

For Aboriginal and Torres Strait Islander communities the trauma of colonisation came in many forms:

Many Aboriginal and Torres Strait Islander people also experience trauma as a result of ongoing racism, violence and disadvantage.

How does trauma impact people?

Responses to trauma can include intense fear, helplessness and horror. In children trauma may manifest as disorganised or agitated behaviour.

There is consensus in the field of trauma research that people ‘who are exposed to traumatic events also experience psychological and physical health problems.’

According to the literature there are similarities in how trauma manifests for colonised peoples around the world. Common manifestations include alcohol and substance abuse, interpersonal violence, homelessness, physical illness, criminality, and disruption in meaningful social relations. Suicide has also been linked to the cultural disruption caused by colonisation. Similarly lateral violence, family and sexual violence are recognised as an outcome of historical oppression and violence against Indigenous peoples.

For Aboriginal and Torres Strait Islander people colonisation and subsequent policies have created unresolved trauma which has been passed down from generation to generation. Although this contributes to the social and health disadvantages experienced by Aboriginal and Torres Strait Islander people, the influence of unresolved trauma is often overlooked in policy and practice.

The literature indicates that healing for Indigenous people must recognise the ‘historical and societal causes’ of trauma while empowering people to overcome the impact of this trauma on their lives. It involves recognising the prevalence of trauma and the ongoing systemic disadvantage faced by Indigenous peoples, and celebrating the resilience and strength with which people transcend this.

The Healing Foundation research has found that many Aboriginal and Torres Strait Islander people do not understand the impact of trauma on their daily lives. Acknowledging this trauma is the first step towards healing, and trauma education plays an important role in this process.

Intergenerational trauma involves the transmission of trauma from one generation to the next.

Recognising and addressing intergenerational trauma is central to healing for Indigenous peoples, both in Australia and elsewhere.

For Aboriginal and Torres Strait Islander people a history of forced removals, policies such as racial assimilation, socially sanctioned racism and violence and grief over the loss of land and culture have all contributed to intergenerational trauma.

The cumulative effect of historical and intergenerational trauma severely reduces the capacity of Aboriginal and Torres Strait Islander peoples to fully and positively participate in their lives and communities, leading to widespread disadvantage.

Secondary trauma is when those working with traumatised people have their own experiences triggered. Workers who have not healed from their own trauma are particularly vulnerable and may experience trauma like symptoms and potentially become less effective workers.

Those with a clear framework of trauma informed practice and knowledge of how to intervene are less likely to experience secondary trauma. Good supervision and support systems are also critical in preventing secondary trauma. 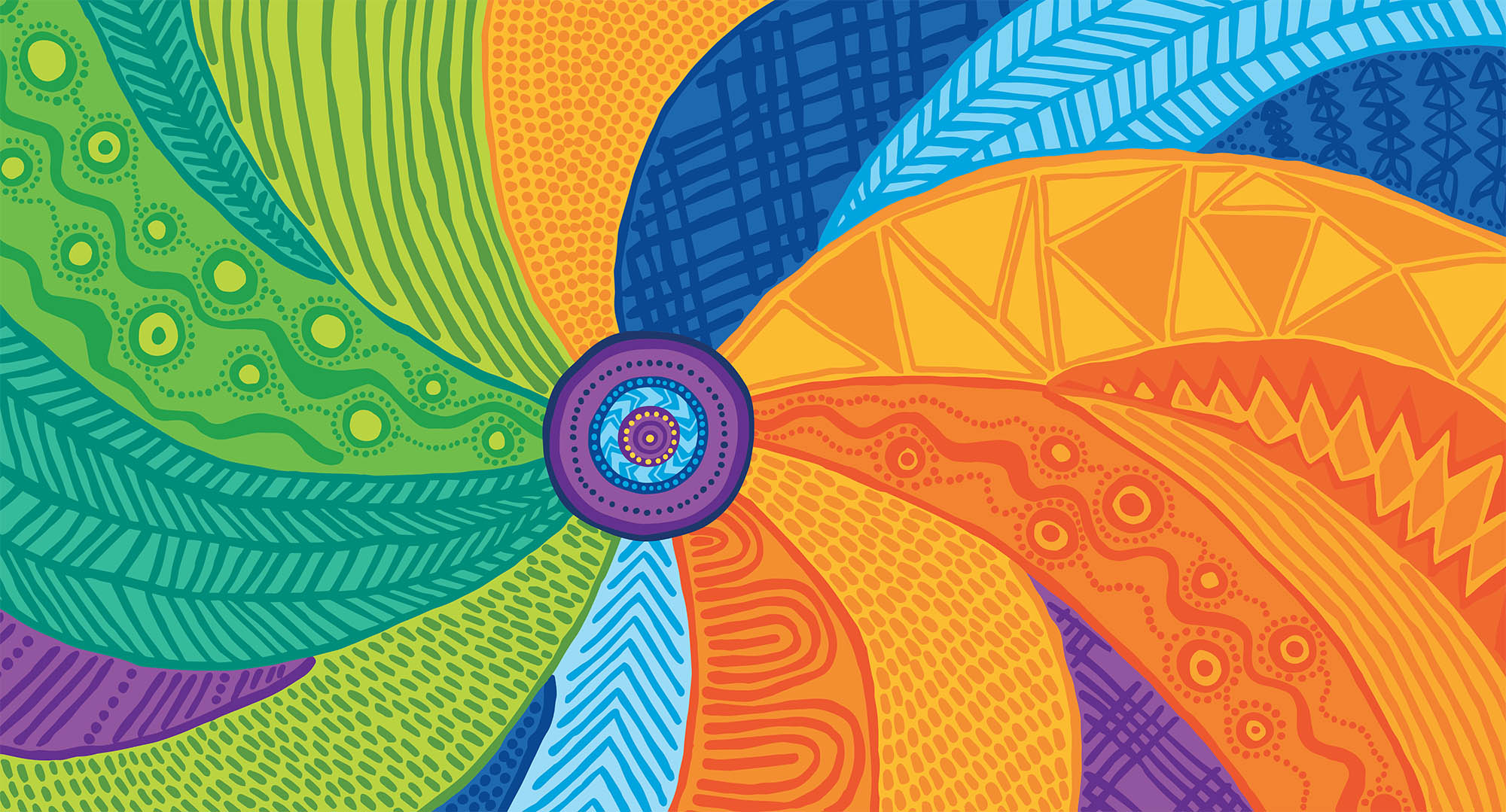 Pathways to Healing by Jenna Lee