Trachoma is an eye infection caused by a type of bacteria called Chlamydia trachomatis. The early stage of trachoma usually occurs in young children, most commonly aged 2 to 3 years, but can occur in older children up to the early teenage years. If not treated, trachoma can damage the eyes and eyelids (trichiasis). This can make the eyelashes turn inwards and damage the front of the eye (cornea), which becomes ‘cloudy’. Eventually a person can become blind.

Trachoma is highly infectious in its early stage, and the C. trachomatis bacterium is easily spread through infected secretions of the eye. It is due largely to sub-standard living conditions and overcrowded housing, where personal and community hygiene are hard to maintain. It is spread through close contact, such as playing and sharing the same bedding. Children are the main carriers of trachoma, but it can also be spread by flies. Trachoma is often found in dry and dusty environments.

What are the symptoms of trachoma?

After repeated infections, scarring develops under the eyelids. The eyelashes turn in and rub on the cornea causing the condition trichiasis. This causes corneal scarring and can be painful. It can lead to vision loss and then blindness.

How is trachoma detected?

Trachoma is diagnosed using the World Health Organization (WHO) grading system developed in 1987. This method is used to assess the disease in each individual. Photographs can also be used. Screening for trachoma can be done by a health worker, or an eye care professional. Facial cleanliness is also observed.

Source: A simplified WHO grading system for trachoma 1987

See link for the self-directed learning module for trachoma by the Centre for Eye Research Australia. http://www.iehu1.unimelb.edu.au/trachoma/

How is trachoma treated?

Trachoma is treated by the four elements of the SAFE strategy, which stands for:

Surgery is to prevent blindness for people who have trichiasis from repeated infections. Trachoma can be treated by taking antibiotics (azithromycin).

How can trachoma be prevented?

What is known about trachoma among Aboriginal and Torres Strait Islander people? 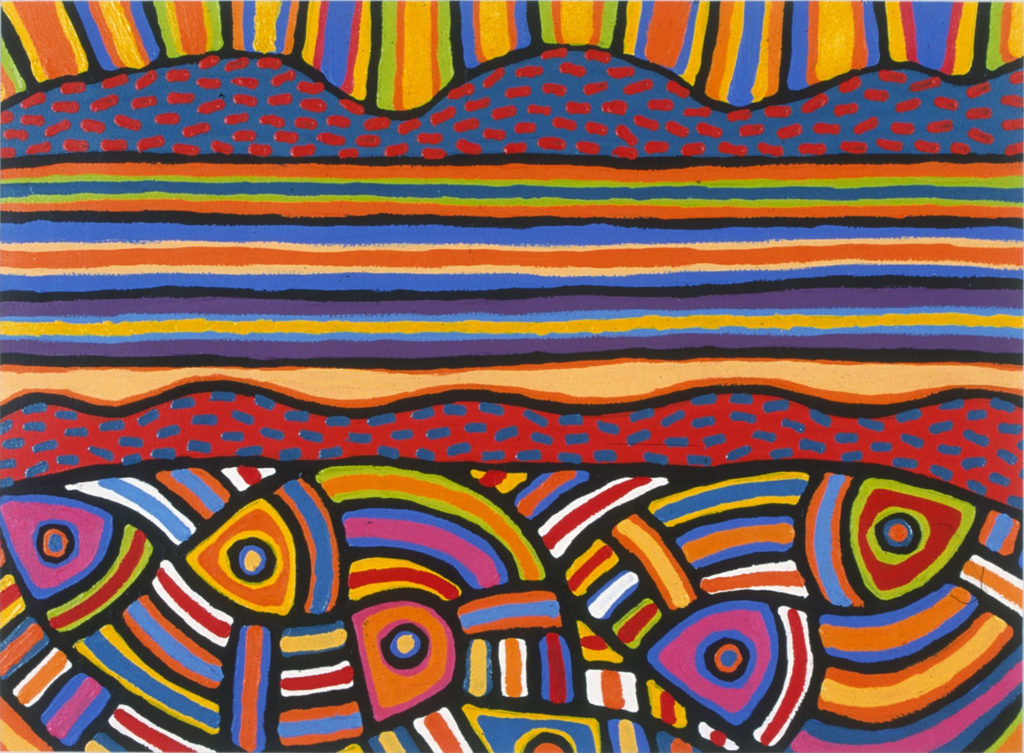 Life before the drought by Julie Weekes

Learn the story of the artwork
Aboriginal and Torres Strait Islander people should be aware that this website may contain images, voices and names of people who have passed away.
×
×